THE RACE: Finding Your Resolve

Most Americans are now in the process of plowing full steam ahead into their various New Years resolutions.  I have no idea what percentage of people actually are successful in keeping their resolutions, but I have a feeling that the percentage is very low.  Why do so many of us fall short of keeping our resolutions?  Why do we feel the need every year to make new resolutions or repeat past ones?  How can you successfully keep your resolution(s)? 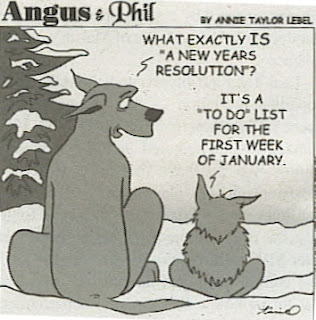 Well, you can Google a lot of answers to those questions.  But don't bother.  In my opinion, your ability to keep your resolutions and your motivation year after year or to continue to make resolutions, boils down to one thing:  Your resolve.

A lot of things in my life have taught me about resolve.  Getting through law school, taking the bar exam, starting new jobs, and competing in triathlons.  But I never really thought about what "resolve" means.  "Resolve" is both a noun and a verb.  In its verb tense, one of the many definitions (according to Merriam-Webster) includes "to deal with successfully; to find an answer to; to make clear or understandable[.]"  As a noun, "resolve" means "fixity of purpose."  So what's that mean for you?

Well, before you go making a list of various resolutions that you want to keep this year, consider whether you have the resolve to do so. So many people seem to set themselves up for failure by making resolutions that are well beyond reason. Instead of deciding to lose 5 pounds, they try to lose 20.  Instead of trying to pay off $10,000 in credit card debt, they decide to try to pay off $20,000.  Instead of running their first 5k, they decide to run their first half-marathon.  And when they fail, it's not because they lacked the ability; rather, it's because they lacked the resolve - the fixity of purpose - from the outset.

If you want to keep your resolutions this year, start by first taking an honest look at your resolve.  I'm all for setting the bar high and pushing your limits.  But that assumes that you have the resolve to do so.  Don't aim for Mt. Everest when you can't even seen the mound of dirt in front of you.

To keep your resolutions, you need to look at both the verb and the noun of the word resolve.  First, what problem/issue/goal this year do you want to resolve or find answer to?  Second, can you commit to the "fixity of purpose" to undertake that resolution.  If you can't, then you should amend your resolution.  Take it down a notch and don't view your resolution as one unattainable goal.  Look at it in baby steps.  If you don't have the resolve this year to lose 20 pounds, then resolve to lose 5...then another 5 next year.  If you don't have time to train for a marathon this year, then train for a half marathon and shoot for a marathon next year.  Understand what you have the resolve to do so that you won't set yourself up for disappointment down the road.  You truly can accomplish anything you want and you really should shoot for the moon.  But only if you are able to fully commit to that purpose.

What do you truly have the resolve to do this year?
Posted by Life Through Endurance at 9:22 PM