Many blogs and Facebook posts today are focused on folks' expression of gratitude for that which they are thankful. For some folks, every day is an opportunity to take stock of their blessings; for others, it takes a holiday to take inventory. Regardless, we all know it's good to give thanks.

If there's one thing for which triathlons and running have taught me to be thankful, it's the sheer resilience of our human body, fueled largely by our spirit.  Each time I finish a triathlon or running race safely, particularly where someone else may not have been as fortunate, I give thanks.  As I've mentioned, some triathletes drown during the swim; some are struck by cars while on riding their bike; and others, suffer from heart failure (due to pre-existing heart conditions) during the run.  So yes, finishing an endurance event is something for which I am always thankful.  What's interesting is that you can't be thankful for something unless you recognize that the subject of your gratitude could easily cease to exist.  In other words, implicit in your gratitude is the recognition that others do not have the benefit of that for which you are thankful, or that someday, you may not have that benefit either. 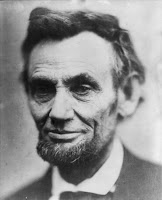 We all know the story of the Pilgrims and the first Thanksgiving. But did you know that it wasn't until 1863, at the height of the civil war, that President Abraham Lincoln proclaimed Thanksgiving a national holiday? According to History.com, President Lincoln issued a proclamation challenging all Americans to ask God "to commend to his tender care all those who have become widows, orphans, mourners or sufferers in the lamentable civil strife," and to "heal the wounds of the nation."  With that backdrop in mind, I also want to challenge you to try to extend your blessings this year to someone or something else.  So here are some statistics worth thinking about to see how you can extend the blessings in your life...


What other ways can you think of to turn your gratitude outward rather than inward, and help bestow that for which you are thankful upon someone or something else?  In what ways can you take President Lincoln's proclamation to heart, to heal the wounds of those around you?

Happy Thanksgiving to everyone!

Posted by Life Through Endurance at 8:54 AM